Sucked back into government black ops work, he makes mistakes, sure. And he’s not invincible. But he’s tough as nails. And he does what he needs to defeat evil. Whatever the cost.

Gabriel's character further develops over the course of these three novels and you learn more about his back story and the reasons he has developed into the man he is.

Book 7: No Further: Kill a hostile nuclear scientist and destroy his lab deep inside Iran? Evade a squad of battle-hardened mercenaries tasked with killing you? Face a sadistic torturer inside the Ministry of Intelligence and Security? Discover the identity of a traitor inside the British Secret Intelligence Service? It's all in a day's work for Gabriel Wolfe

Still haunted by the memories of loved ones and former comrades, the British Government agent faces his toughest mission yet. His mission? To locate and kill Iran's top nuclear physicist. A man named Abbas Darbandi who dreams of targeting a nuclear missile on Jerusalem. You’ll feel the searing heat of Iran, hear the explosions, smell the acrid tang of gunsmoke as you travel alongside Gabriel and Eli towards a truly shocking climax.

Book 8: Torpedo: When he hired an assassin to kill Gabriel, Russian crime boss Max Novgorodsky made a big mistake. The assassin’s bullet missed Gabriel but took the life of one of his closest and dearest friends. Now the former SAS member has one thing on his mind. Vengeance.

Halfway round the world, Colombian cartel boss Martin Ruiz sits down in a Japanese tea house to be served by his favourite geisha. But only one of them will leave in one piece. The cartel are engaged in a bloody turf war with the White Koi triad. The stakes are sky-high: control of a global drug trafficking route. Gabriel's partner is Eli Schochat. She’s a real badass with an IDF and Mossad background. Together, they travel to Saint Petersburg, then a diamond mine in the far east of Russia.


Book 9: Three Kingdoms: A debt of honour owed to a triad boss. A desperate search for his missing sibling, kidnapped as an infant. Both urgent. Both dangerous. Both drawing on all his resources as an ex-SAS member. Gabriel Wolfe feels his loyalty pulled in opposite directions.

Fang Jian runs the White Koi triad. And he does business with a senior Communist Party of China official. Now the official has a problem. A renegade Colonel ‘out west’ has set up a private kingdom centred on his missile base, He’s slaughtering the few remaining locals. Comrade Liu wants his problem dealt with through back-channels. And Fang knows just the man for the job. 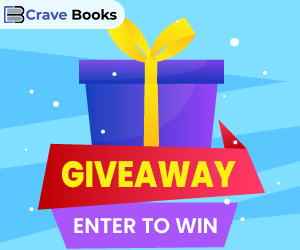